These games are great for teen parties or game nights. Some of them will require speedy reflexes, some attention to detail and others will have you rolling on the floor laughing.

You’ll find here games for outdoors and indoors so you’ll be ready for fun no matter what the weather is like.

**This post contains affiliate links. If you make a purchase after clicking one of these links I might get a small commission at no extra cost to you.

My teenage girls love this game. It’s fast-paced game for teenagers that is really fun with a large group.

The object of the game is to grab the cup when told to do so.

Not sure how many teens have hanged up laundry but in this game they’ll get to practice that skill. No dryers allowed.

The object of the game is to hang up all your laundry before the other team.

A simple yet entertaining game for teenagers. This game works best if you have at least 10 players.

Girl Talk version of this game brings on some interesting conversations. It has 100 questions to tackle in six rounds. Play in-person or virtually.

Teens are masters at using emojis. In this game they can put those skills in good use.

You could also play the Movie Emoji Pictionary as a minute-to-win-it game.

Another way to use emojis is to give the players a list of movies or songs. And ask them to come up with emojis for each thing on the list.

If you have attended baby or bridal showers you have probably played this game.

The teenagers too will have fun with this game. They will collect points for the things they have on their phones.

Get a fun What’s On Your Phone printable from love to partay.

If you are one of those people who can soak in the details in your surroundings then you have chances to win this game! That would so not be me.

Play the Snap PowerPoint Game in-person at a teenage birthday party or virtual game night. Either way, it will be awesome!

A classic card game that the teens will have fun playing together.

The goal of the game is to win all the cards. You win them by being the first to slap each jack as it is played.

Imagine being stuck at the dentist office… sounds pretty creepy. In this thrilling escape room game – The Dentist the teens get to use their creativity and attention to detail to solve the riddles and puzzles.

There are numerous escape room games available. You’ll surely find something that your teenager likes.

Llamas are in! And they are unleashed and crazy!

A hilarious board game for a teen party. Collect llamas, rams, and goats while attempting to destroy the other players’ farms.

A hysterically funny card game for teens. Set it up in seconds and start playing.

Be prepared for some loud laughter.

You probably have played a game called telephone. This one is like that but with texting.

Make the game more difficult by shortening the time for reading the message.

You can play the game without phones too by writing the message on a piece of paper.

You’ll need some room for this game since these towers will come tumbling down… loudly.

As a game prep, come up with the rules.

For example if the team rolls number

The object of the game is to build the tallest tower.

You could have them go as fast as they can or take turns rolling the die.

This is a fun game for a large group.

The object of the game is to get back to your own chair.

A great outdoor game that can also be played inside in a large party area. You’ll need space to run around.

The object of the game is to have the most clothespins.

Some call this “baby in the air” but that just sounds too cruel to me. So, I’ll just call it “balloon in the air”.

Capture the Flag is a classic game enjoyed by teens and tweens. It’s a fun, active game for a large group.

This game for teens is best played outdoors or in a large party area. The dragons need space to run around.

Perfect game for all the fantasy lovers. This glow in the dark game is a combination of hide and seek, tag and scavenger hunt.

The Wizards and Werewolves game has three levels and it will surely entertain those with lively imaginations.

Many teens love to take pictures, so this game is right up their alley.

Give them a list of things to take photos of. Individually or as a group. You could also do this as a selfie scavenger hunt.

This photo scavenger hunt printable from 31 Flavors of Design takes the party outside looking for photo opportunities. Split into teams and see which team collects the most points.

Choosing party games for teenagers can be challenging but many of them enjoy the fast-paced running-around type of games. Pool noodle hockey is one of those games.

This is a perfect game for teen summer parties like a luau. See all the fun ideas from games and decorations to delicious luau food. Summers are not the same without a luau party.

Well, it’s like hockey but with pool noodles and a wiffle ball. The goalies use the brooms to block the ball.

Easy entertainment with cups! Cups and downs is an energetic game that can get little chaotic but it is a blast.

This of course can be played inside too if you have a smaller group. Outside on the grass, the downs can have an advantage since it is way easier to put the cups upside down on an unlevel ground.

Blast fun music and have an amazing time with this outdoor party game.

The goal of the game is to throw the ball over the net and hit the ground. Each hit is a point. Collect certain amount of points to win.

Have fun with teenage daughter or son. 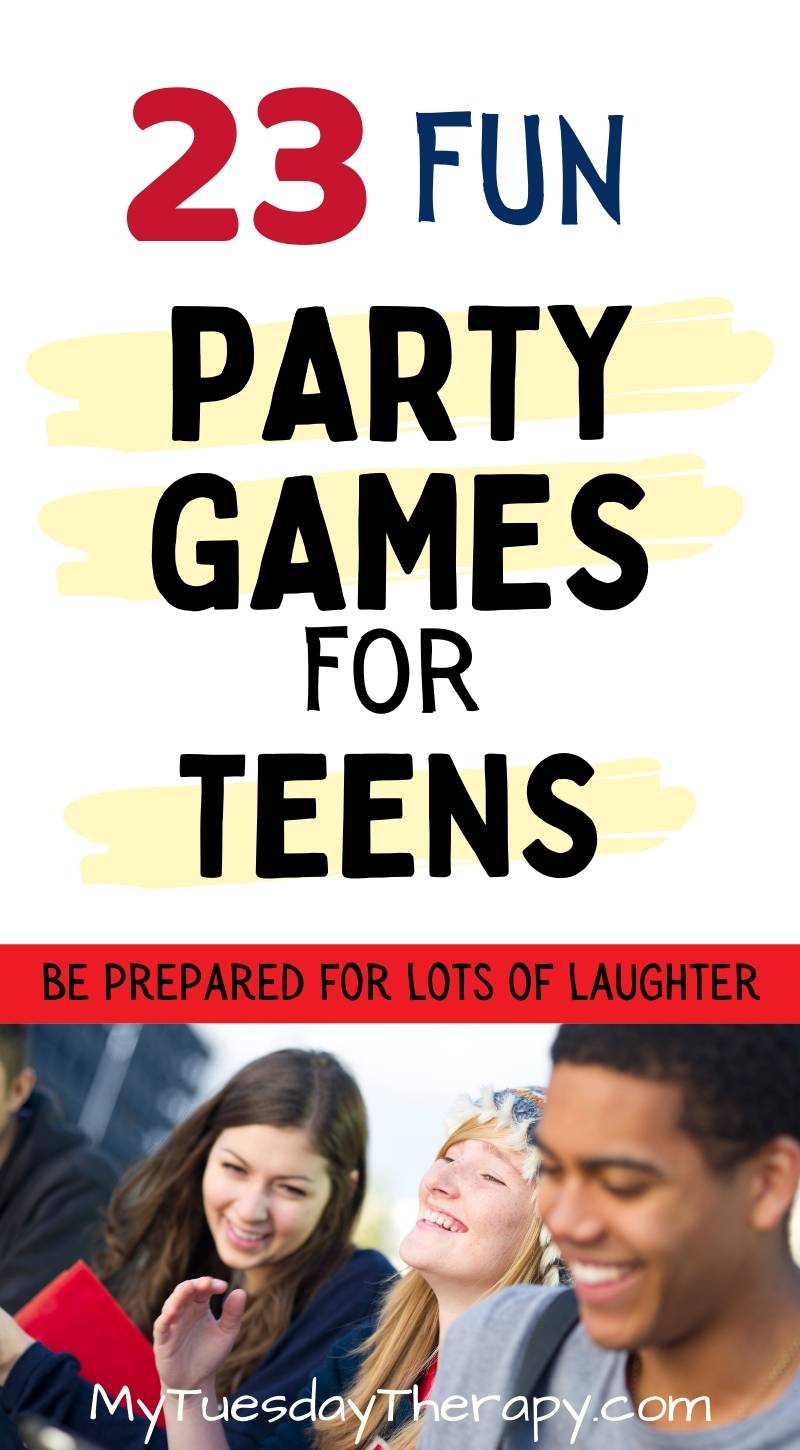 A place where you’ll find easy party and activity ideas anyone can do.